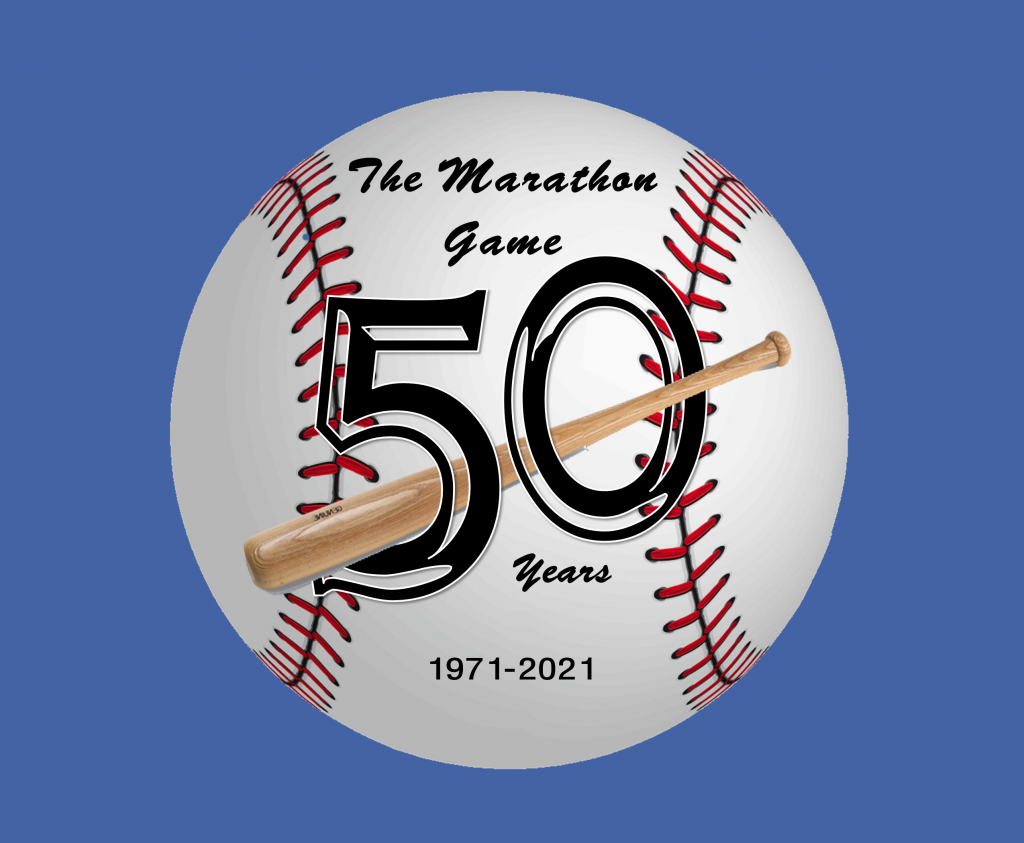 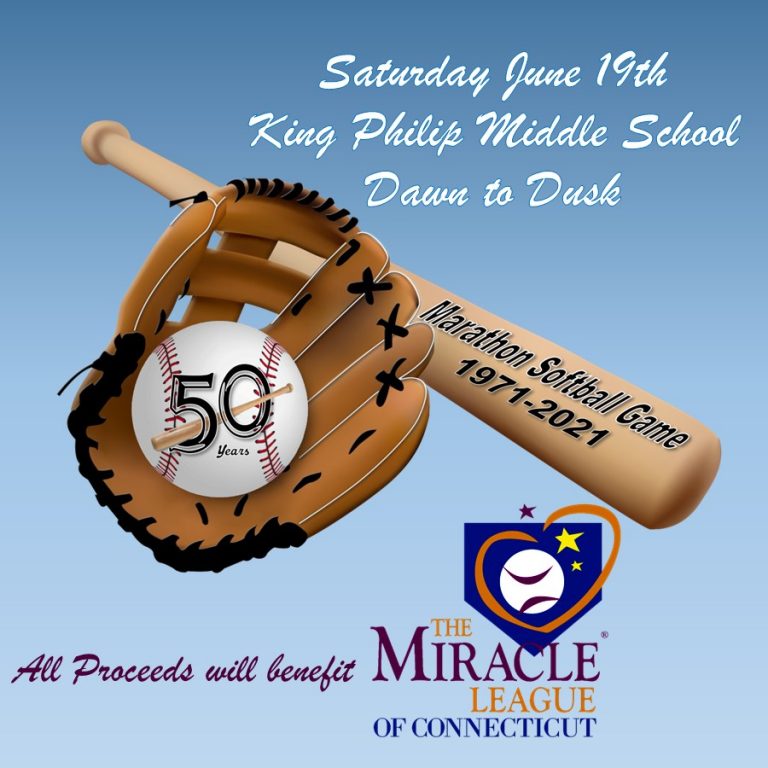 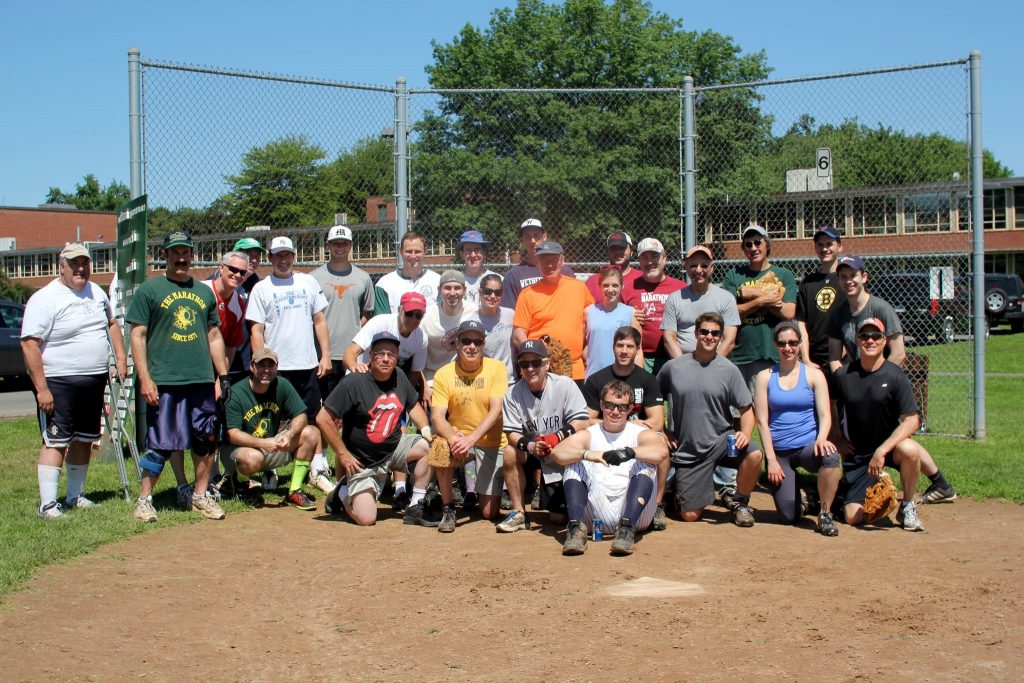 In 1971, a group of friends at Hall High School in West Hartford, CT was looking for something to do after the last day of their junior year.  In those days, there were no cell phones or video games, so these boys decided to spend the day playing softball–the entire day.  One long game was held, uninterrupted, from sunrise to sunset.  Played on a local field at their old middle school, this was the first marathon softball game — fueled by youthful excitement, a sudden surplus of free time, and plenty of food brought to the field by their parents.

The group reconvened in 1972 to play the second annual marathon game, and the tradition continued into their college years and well beyond that.  A number of softball-playing classmates and friends were incorporated, the game continued to thrive, and in the 1990s some of their children began to join in the game.  The “second generation” of players had arrived, and some of them have since been joined by their spouses–including a daughter-in-law who played two years while pregnant!

Year after year, this group of friends has assembled on the Saturday before Father’s Day–close to the summer solstice, the longest day of the year–to continue the softball marathon tradition.  Many of the players still live in Connecticut, but others travel from places such as Florida, Colorado, Texas, New Jersey, Massachusetts, and Rhode Island to reconnect and play in this sacred game.  The innings count has fluctuated over time; in the earlier years, games could reach 80 innings or more, but the pace has slowed to about half that, as the “originals” have reached their mid-sixties.  Nevertheless, the most satisfying part of the tradition extends beyond the softball.  It’s the relationships that have formed over the years that make this so special; the connections between the players and their families are incredibly strong.  In fact, an entire weekend has sprouted around the game — a Friday night barbecue at a player’s home, plus a postgame Saturday night dinner — and many feel that the weekend is the highlight of their year.

The marathon cannot be described adequately without mentioning one of the unofficial “captains” of the game, Rich Hotes, who suddenly and tragically passed away only days before the 33rd marathon softball game in 2003.  Rich was a terrific athlete and a deeply beloved friend who played a big role in building and maintaining this tradition, and his presence continues to be felt in each component of it.  Especially in the first inning of every game, when the shortstop hole is left empty in honor of the position Rich played so well.

In 2020, the players were set to play in the 50th annual Marathon Softball Game.  Unfortunately, COVID-19 had other ideas and the group was forced to cancel the game due to the pandemic.  Last year was the first and only time since 1971 that the marathon wasn’t played, so the players are raring to go this year on June 19 — with the proper safety protocols, of course.  The game will begin at its usual time of 5:00am and will continue until it’s too dark to play (est. 8:45pm).  The 50th game will also serve as a platform to raise money for the Miracle League, a terrific nonprofit organization the marathoners have partnered with to construct and maintain baseball fields in West Hartford designed for children with special needs.  This game will not be the last — the second and third generations of players are committed to continuing the tradition after the original marathoners hang up their cleats — but the 50th annual game deserves special recognition.  Please consider honoring this incredible milestone by making a donation to the Miracle League, which is a big part of the marathon softball group’s legacy in West Hartford.  Thank you for your support! 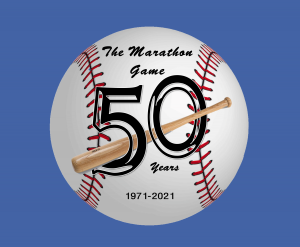