What makes a "Miracle League Field" So Special?

A Miracle League Field is specifically designed for children with physical and or cognitive challenges.  It is made with a rubberized surface that is fully wheelchair accessible.  Bases and pitching mounds are painted onto the surfaces so that there are no raised obstacles that you would find on a typical baseball field.  The dugouts are enlarged to accommodate wheelchairs and other apparatus.  The base path, pitching  and outfield fence distances are a bit shorter than a typical Little League field.  Other than the items stated above our goal was to make this field in West Hartford appear as similar as possible to “normal” Little League field.

Where is The Miracle League of CT Field Located?

he Miracle League of CT Field is located at the corner of Asylum Avenue and Trout Brook Drive in West Hartford.  The physical address for the Miracle League Field is 1700 Asylum Avenue West Hartford CT 06117.  The entrance to the parking lot is off of Trout Brook Drive.  It is part of a four field Little League complex, one of the finest complexes in the state.  The field is adjacent to three Little League fields.  Also at the site are a beautiful accessible to all playground and fully accessible restroom and concession facilities.

Where do I Park at The Miracle League Field

There is plenty of parking in the University of Connecticut parking lot for all of the fields at the complex.  Handicapped parking is available but limited.  Once parked in the lot, cross over the wooden bridge and the Miracle League Field is located on your right.  There is absolutely no parking on the streets surrounding the field.

Who can play in The Miracle League of CT?

Boys and girls ages 4 and up who have physical and or cognitive challenges are eligible to play in The Miracle League of CT.  We will do our best to make the games adaptable for children with any type of challenge.  Our field is fully wheelchair accessible for those who have mobility issues.

Do I have to live in West Hartford to play in The Miracle League of CT?

Absolutely not!  In fact, you don’t even need to live in CT.  We have had players from more than 50 different towns play in our league.  If you can get to the Miracle League Field for our games, you are welcome.

My child has never played baseball before. Will he or she be able to play in the league?

Absolutely!  All players are welcome without regard to their current abilities.

Does my child need any special baseball equipment or uniform?

Uniforms are provided by the league and the cost is included in the registration fees.  Each player will receive a team jersey, sponsor baseball cap prior to opening day as they are assigned to their teams.  Baseball pants are optional.  We suggest grey baseball pants which are readily available at local sporting goods stores.  Sneakers only on the Miracle League Field.  No baseball cleats are allowed as they may damage the rubber surface of the field. It is suggested that each player has their own baseball glove (with their name somewhere inside) if the child is able to put a glove on their hand.  The Miracle League provides helmets and bats, although players may bring their own if they wish.  All player owned equipment should be labeled with the child’s name.

What are the Miracle League of CT games like and when are they played?

First and foremost, our games would be considered non-competitive.  Mysteriously, all games end up in a tie.  Games run for approximately one hour consisting of 2 innings with every player coming to bat in each inning. Games tend to last about an hour or so.  We will distribute schedules prior to the start of the season.  In the spring all American League teams play games on Sunday afternoons, and National League teams meet on Saturday afternoons.

Are there any "away" games?

No, all games will be played on The Miracle League Field in West Hartford.  We may invite families to participate in special games on other accessible fields if the opportunity arises.  These games are completely optional.

When does the Miracle League season run?

How are the Miracle League of CT teams formed?

Players are registered through the West Hartford Little League’s Challenger Division.  Each player will be assigned to a team in one of two separate divisions based on their age.  Players may request to play with a particular friend who is also playing in the Miracle League.  Be sure to note this friend request on your registration where asked.  We do our best to accommodate all requests.

How much does it cost to participate in The Miracle League of CT?

Registration fees are $60 for the American League and $80 for the National League for the spring season. The Miracle League is all about removing barriers for children with special needs so that they can participate in recreational, educational and cultural activities as any of their friends or siblings do.  We recognize that sometimes those barriers may involve financial difficulties that a family may be going through.  We do our best to subsidize most costs for our programs in order to keep them affordable.  If you find that you may need a fee waiver or scholarship for any of our programs we encourage you to contact us by email with your request at info@miracleleaguect.org. All requests will be kept strictly confidential. We are happy to work with all of our families in order to be sure that every child who wants to participate is able to .

What happens after I register my child for The Miracle League of CT?

All players will be contacted by email after registering with information about the beginning of the season.

How can I volunteer?

What are Buddies and how do they help?

Buddies are volunteers who assist our athletes with the game of baseball. Miracle League players have a wide range of needs and abilities. Some of our players need very little assistance during the game and may just require some  encouragement while others physically need assistance with hitting and fielding the ball, as well as moving around the bases. A Buddy’s number one priority is the safety of the player that they are working with during any particular game.

Does a volunteer have to be available to help every week of the season?

We appreciate any time that our volunteers can give us.  As we have multiple games on any given day, it’s greatly appreciated if you can stay for more than one game per day (each game lasts approximately one hour).  Our players sometimes become attached to their Buddies, and some great friendships develop during the season if there is some consistency.

Who can be a Miracle League Buddy?

Anyone who is 12 year of age or older may volunteer to become a Miracle League Buddy.  Adults are welcome and appreciated.

I have a team or group that would like to be Buddies. Can we volunteer as a group?

Certainly!  Volunteering together is a fantastic team building exercise for any group.  It is a perfect way for high school baseball or softball teams or other groups to give back to their community.  We can schedule you for a couple of hours on one day or for multiple days.  We ask that all members of your group be 12 years of age or older as we require for all of our Buddies.  For more information or to schedule your group please contact us by completing the form available by clicking here.

Do I need to know much about baseball in order to become a Buddy?

Absolutely not.  You do not need any particular athletic skills to be a Buddy.  All you need is compassion, enthusiasm and energy.

How do I register to be a volunteer? Can I just show up on game day?

All volunteers must pre-register. Registration is available online through a link on our website. Registration for volunteers starts about a month before the start of the season and continues throughout the season.  There is no cost to register as a Miracle League Buddy.  We will contact all Buddies who register prior to the season to discuss schedules.

What should I expect on game day?

All Buddies are issued a Miracle League of CT t-shirt on their first day.  You will be assigned to a player as they arrive.

Do I need any baseball equipment to be a Buddy?

No you do not.  If you have a baseball glove, bring it, but it’s not necessary.  Sneakers are required, no baseball cleats are allowed on the Miracle League Field.

What if we cannot attend one of our scheduled games?

Please let us know by email if you are not going to be able to make it on any particular day.

Can I receive credit for community service hours?

Yes. We are happy to sign any forms or provide a letter for you to receive credit for required community service hours.  Please provide any forms that you have or request a letter from Kipling Gottshall at Kiplingmlct@att.net .  Be sure to allow an appropriate amount of time for the forms to be filled out. 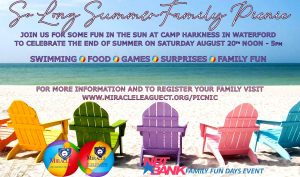 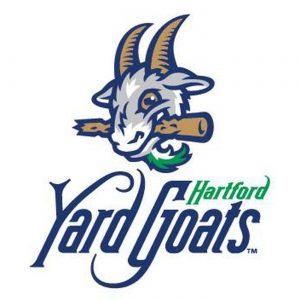 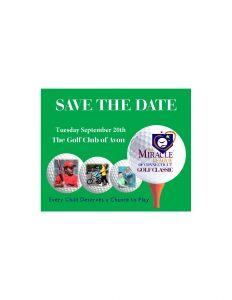